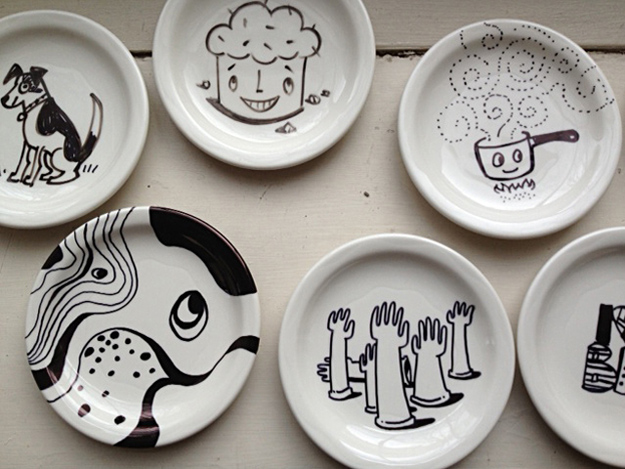 My friend (and the designer behind this little blog), Susan, is about to embark on a  kitchen renovation project. As a pre-demolition kick-off, she had a little “before” brunch at her place. While we weren’t pressed into service with sledge-hammers, she did have some  work in mind for us.

Susan set out stacks of simple, white side plates, black permanent markers and directed us to grab a plate and draw–anything, whatever doodle sprang to mind. Inspired by James Victore‘s “Dishes Dishes” series, Susan plans to display these mini works of art in her newly renovated kitchen.

Even those claiming zero artistic ability had fun with it. And no need need to be gutting your kitchen as reason to take pen to plate either. This would be a perfect project for artists of all ages. Pick up small plates in various shapes and sizes. You can add pop with permanent colored markers. Design keepsake dessert or appetizer plates to use all year, or pack them away for special occasions. Or, give your kitchen a mini-update by displaying your very own dish exhibit. Insta-artwork! 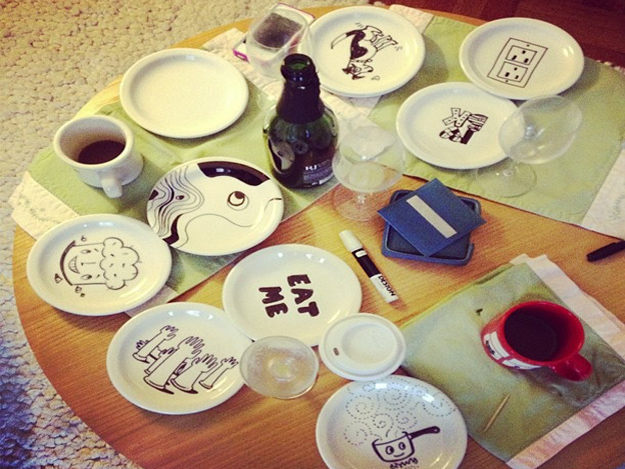 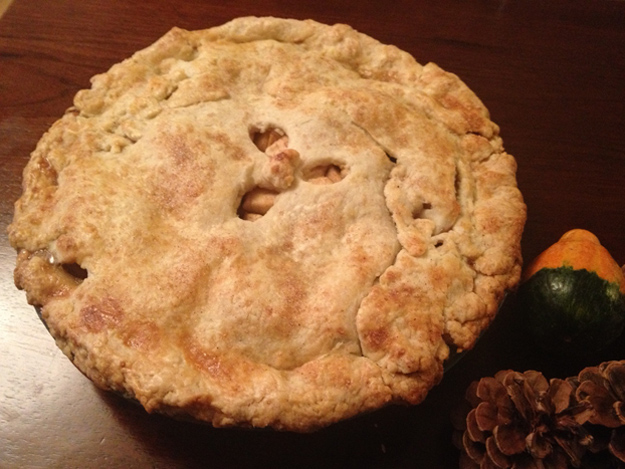 This “rustic” apple pie, with visible fault lines and less than impressively crimped edges, is my first attempt at a crust from scratch. I was emboldened enough to finally try and make my own crust after seeing this detailed (without being intimidating) post on Design Mom.

While straightforward, it was still a process. But then, so is the entire prep and build-up to a Thanksgiving feast. It’s a labor of true love. With that in mind, I wanted to make something special, to move beyond my comfort zone and express in some sugary, buttery way how grateful I am for those I’ll be sharing Thanksgiving with this year.

If I could, I would cut cold butter into flour well into the wee hours to yield enough pies to fill tables miles long. I’d gather all of the family and friends whom I am lucky enough to know, love and who remind me on a daily basis all I have to be grateful for.

So, until I figure out where to host my grateful-pie-fest, Happy Thanksgiving to friends and family wherever you sit, and thank you. 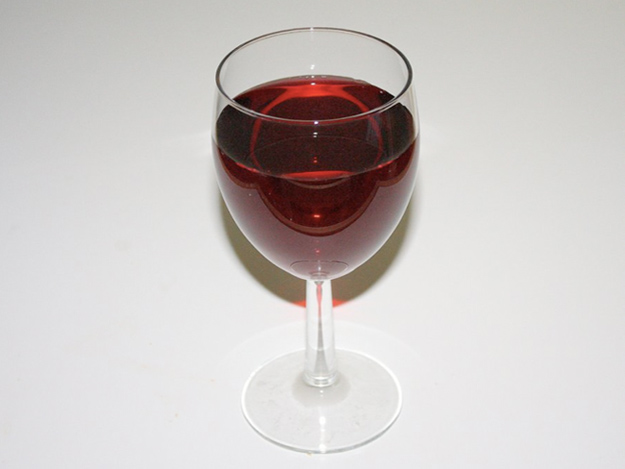 Food Republic, a food culture destination for men, recently asked me to impart some etiquette and entertaining guidelines for the upcoming holidays. I was referred to as a “lady friend”–a title alone which was was worth the assignment. New moniker aside, I truly had fun dispensing advice on everything from stocking your bar with the right glassware and what to pour in those highball or birdbath glasses.

How to Seat Guests 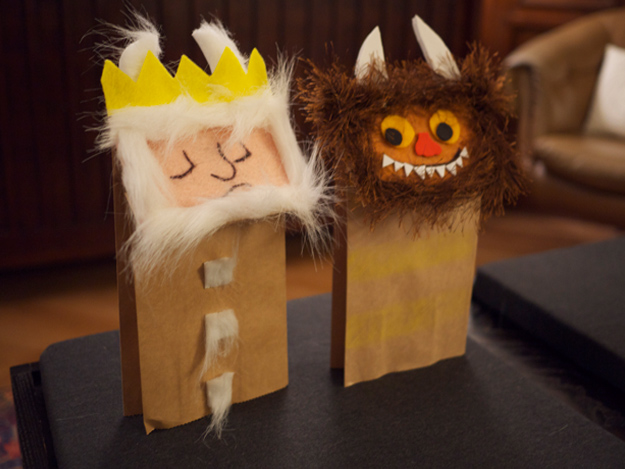 Are these the most incredible paper bag puppets you’ve ever seen? I thought so too. Our friends Sarah (creative visionary with a deluxe craft room) and Justin (artist and musician) kindly made them for Soren. He was amazed when S+J arrived with two of his favorite Where the Wild Things Are characters in 3D. Max’s private boat is a reoccurring theme in our sidewalk chalk drawings, and we’ve read the book so many times that Soren recites Max’s lines as if they were his own. As great as his affinity is for this classic tale, the reading with supporting puppet show that night might have been even more fun for us adults.

The DIY power couple claim that the puppets inspired by Pinterest boards were easy to make. They used heavy duty paper craft sacks, foam trimmings, felt, fur and lots of imagination. A paper bag character (Curious George, Madeline, Babar) coupled with a favorite book really brings a story to life, and would make for a perfect shower, birthday or holiday gift. 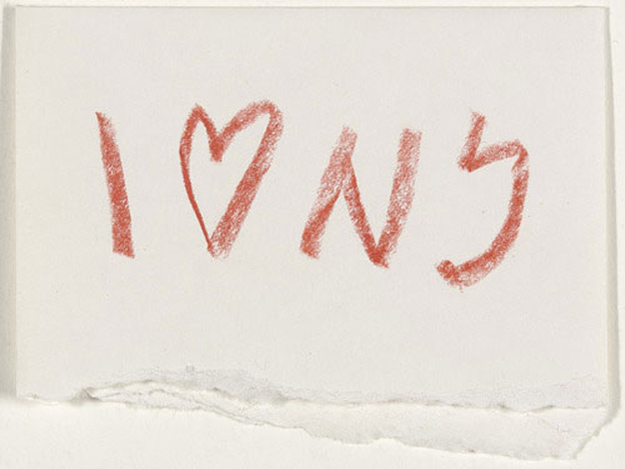 I was grounded under clear Midwestern skies while Sandy was grinding her way like a flinty toothed saw through entire communities, slicing power lines, felling boardwalk traditions generations deep, and sloshing down streets and into living rooms. Having not witnessed the fury it was surreal to return to a subdued and stunned New York City.

Other than my sister’s car pinned beneath an uprooted Oak tree, we returned to a home and neighborhood otherwise intact. We had heat, power and a roof still firmly over our heads. But you didn’t need to travel far to find neighbors experiencing a completely different reality. A reality which nobody around them could deny. And they didn’t.

I returned to a New York where every person I knew was baking, cooking, pumping out homes and businesses, shoveling debris, providing warm clothes, carrying cases of water up flight after dark flight of stairs in powerless buildings, taking shifts at shelters full of evacuees and using their last gallons of precious gas to deliver supplies. What’s more amazing still is that many of these efforts were self organized as people connected over social media and sprung up with a force to rival the storm itself.

At the Park Slope Armory, a temporary shelter for 600 adults evacuated from three assisted living facilities in the Far Rockaways and lower Brooklyn, I bumped into many neighbors and friends (and made new friends among the residents too). But what really surprised me was meeting so many volunteers from outside of New York. Like the group of kids who drove for four days from Washington state to help round-the-clock and Rebecca from Philadelphia who was stuck here without gas so she decided to just pitch in.  I asked Nicole, a young woman from Rio, why on her vacation she chose to volunteer. Her very matter of fact reply: “I love New Yorkers, they are my neighbors too.” Such a decent, kind and human perspective.

So neighbors, with Governor Cuomo estimating that anywhere from 10,000 to 40,000 people have been displaced due to the storm, efforts will be ongoing to help our neighbors not just rebuild but to feel at home again too. Here are a few organizations helping to do just that, let me know of other effective, reliable ones you’ve found too.